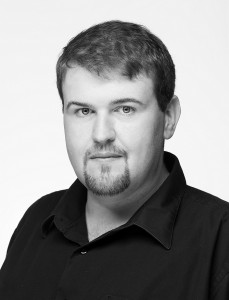 Kevin Ezell is a section leader for the Second Presbyterian Church Adult Choir. He has toured internationally with the choir and has served as the choir’s assistant conductor since 2014. His recent work for Praeclara includes singing the role of Captain Balstrode in Peter Grimes (2014), as well as ensemble roles in Carmina Burana (2014) and Dracula Unearthed (2015).

He graduated cum laude from the University of Arkansas at Little Rock in 2014, where he earned a Bachelor of Arts in Music Education. From 2008 – 2014, he performed in the UALR Concert Choir, UALR Community Chorus, UALR Chamber Choir, and UALR Opera Theatre. His previous stage credits include Captain Corcoran in Gilbert and Sullivan’s H.M.S. Pinafore, the Baritone in Johnson’s Four Note Opera, Saint Ignatius in Thomson’s Four Saints in Three Acts, and the Page in Menotti’s Amahl and the Night Visitors, all for UALR Opera Theatre. He also played the role of the King in the Benton Royal Players‘ production of Rogers and Hammerstein’s Cinderella.