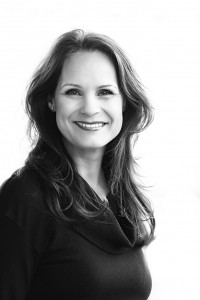 Kira Keating is a voice instructor, music director, and soprano soloist originally from Ontario, Canada. She runs a private voice studio in Little Rock, Arkansas, and has toured internationally with the Second Presbyterian Church Adult Choir, where she is frequently featured as a soloist for choral masterworks and oratorios.  Her recent work for Praeclara includes appearances as the vampire Kristina in Dracula Unearthed (2015), one of the conspiring witches in Dido and Aeneas (2015), Ellen Orford in Peter Grimes (2014), and the Mother in Amahl and the Night Visitors (2013); she also performed as part of the ensemble in Carmina Burana (2014).

Her previous operatic experience includes singing the roles of Gretel in Hansel and Gretel, Fresquita in Carmen, and Josephine in H.M.S. Pinafore, all for Wildwood Opera.  She has performed with Opera in the Rock; the Gilbert & Sullivan Society of London, Ontario; and the University of Western Ontario opera program.  Her oratorio credits include Bach’s St. Matthew’s Passion, Schubert’s Mass in G Minor, Handel’s Messiah, Pergolesi’s Stabat Mater, Rutter’s Mass for the Children, Vivaldi’s Gloria, and the world premiere of Wade Whittaker’s Songs of the Sea Children.

She holds Bachelor of Music and Master of Music degrees from the University of Western Ontario. She conducted the UALR Women’s Chorus from 2007 – 2010 and served as music director at First Christian Church of Little Rock from 2010 – 2015.