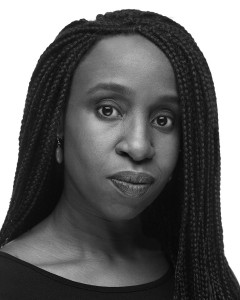 LaLeata Westbrook is a resident of Alexander, Arkansas. She has been a vocalist for almost 30 years and a pianist and choir director for over 25 years. She holds three degrees in music: a music degree from the University of Arkansas at Pine Bluff, as well as a bachelor’s degree in applied piano and a master’s degree in secondary education with an emphasis in vocal music, both from the University of Arkansas at Little Rock. She has performed with the UA Little Rock Community Chorus, Concert Choir, and Chamber Chorus, where she sang in productions including Carl Orff’s Carmina Burana, Mendelssohn’s Elijah, and Brahms’ Ein Deutches Requiem. She has appeared in ensemble roles for Praeclara in Dracula Unearthed, Handel’s Messiah: Christmas Selections, Messiah: Passion and Resurrection, and The Music Man.

Ms. Westbrook is also proficient in gospel music and has performed behind such artists as Smokie Norful, Beverly Crawford, and the late Darryl Coley. She serves as the assistant minister of music at Wesley Chapel United Methodist Church in Little Rock, Arkansas, and is currently the choral and general music teacher at Cloverdale Middle School in Little Rock, Arkansas. She is pursuing a master’s degree in psychology at Capella University.