Although Handel’s Messiah has long been a staple of church music and appreciated throughout the world as a testimony of the Christian faith, this was not always the case. Indeed, it is one of Messiah’s strangest mysteries that many listeners in the eighteenth century, particularly clergymen, were outraged by the masterwork and condemned it as no less than a sacrilege. Among them was one Reverend John Newton, who, following a performance of the work in 1784, fired off more than fifty sermons assailing the oratorio as a trivial amusement “no better than a profanation of the name and truths of God” and no less than a second “crucifying of the Son of God.” For long thereafter, the religious content and meaning of Messiah — or lack of it — was contested by churchmen, Christian and non-Christian scholars and listeners alike, and the debate is still not over. Why so much controversy over a transcendent work of such apparently impeccable Christian orthodoxy? 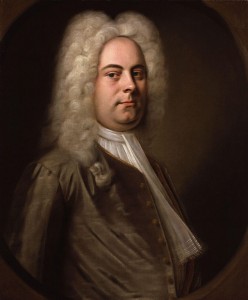 One clue lies in the historical context within which Messiah was composed. Born in Germany in 1685—the same year as Johann Sebastian Bach—Georg Friedrich Handel was raised as a Lutheran and remained a firm believer all his life. Yet, unlike Bach, he was not a church composer and upon his arrival in England in 1710 devoted most of his efforts to writing Italian opera for the concert hall. By the 1730s, however, Italian opera was going out of fashion in England for being too aristocratic and “too foreign,” and so instead Handel began cranking out oratorios. Not only were oratorios more accessible to Handel’s audiences because they used English texts, but they were also much cheaper to produce because they did not require elaborate costumes or scenery. For dramatic materials, Handel turned to the Bible, which made perfect sense since Protestant England was then experiencing a religious revival due largely to the spread of Methodism, and many segments of the concert audience were intimately familiar with both the Old and New Testaments.

But Handel had to be careful. By staging dramas drawn from the Bible in theaters and concert halls — not all of which had stainless reputations — he risked offending religious sensibilities, and as the outraged comments of the good Reverend Newton indicate, he was not always successful in persuading audiences that he was upholding the faith instead of commercializing it for profit. One way of shielding himself from criticism was to dramatize stories taken not from the New Testament, but from the Old, which was slightly less fraught with theological controversy. Because of its much longer historical sweep, the Old Testament also provided more characters and situations for Handel to exploit, and thus, with one notable exception, every oratorio Handel composed on Biblical subjects —Esther, Deborah, Samson, Saul, Joshua, etc. — derived exclusively from the Old Testament. The exception, of course, was Messiah. 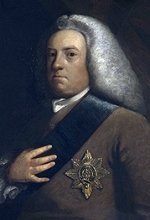 Why then did Handel compose Messiah? Or more precisely, why did he dare? The immediate answer is that by 1741 Handel’s life and career were in trouble. Not only was he deeply in debt and partially paralyzed by stroke, but his latest Old Testament oratorios, including Israel in Egypt, had been poorly received. When the Duke of Devonshire invited him to compose a work for a concert in Dublin to raise money for a variety of charities (including the Charitable Musical Society for the Relief of Imprisoned Debtors), Handel most likely decided upon Messiah in the belief that an oratorio based on “new material” — the New Testament — might succeed where his previous oratorios had failed and that perhaps the concert’s Christian charitable purpose would shield him from charges of committing sacrilege.

Even then, Handel took extra precautions. Although Messiah is about the life and passion of Jesus, more than half its texts derive from the Old Testament. Even more striking, Messiah, unlike his operas and other oratorios, does not feature voices representing individual characters engaged in a drama. Instead, like many church hymns, its texts are drawn from selected Biblical passages that “impersonally” prophesize the coming of a Messiah in Part I, recount the Passion of Christ in Part II, and forecast the Resurrection of the Dead in Part III. As such, Messiah, composed for the concert hall, makes a strange contrast with Bach’s St. John Passion and St. Matthew Passion, which, although written for the church, more closely resemble opera in that individual voices sing the parts of individual characters in the Passion story. 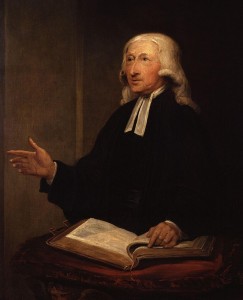 Although Messiah can surely be appreciated for its musical qualities alone, does all this make the great work any the less religious? Handel’s own attitudes toward Messiah remain a mystery, and we will probably never know if he intended this work as a clever career move or as a tribute to God, or, as is quite possible, both. But despite the strictures of the Reverend Newton and others like him, we know that there were members of Handel’s audiences who immediately felt that Messiah had powerful religious meaning, because they — in the belief that God dwells everywhere — could look beyond the fact that it had not been intended for the church. John Wesley, the co-founder of Methodism and a keen appreciator of religious music, was among them. “I doubt,” he wrote following a rare church performance of Messiah in 1758, “if that congregation was ever so serious at a sermon as they were during this performance.” Upon hearing the oratorio in 1750, Anne Granville Dewes waxed even more enthusiastically to her brother that Handel’s “wonderful Messiah will never be out of my head; and I may say my heart was raised almost to heaven by it.” It was only, she insisted, “those people who have not felt the pleasure of devotion that can make any objection to that performance, which ”¦makes us truly sensible of the power of the divine words [Handel] has chose[n] beyond any human work that has ever yet appeared.”

Because of objections like Newton’s, Messiah was slow to win favor with English audiences, and some might say the jury is still out on its religious meaning. Yet surely the party of Wesley and Dawes is winning converts every time the great work is performed.