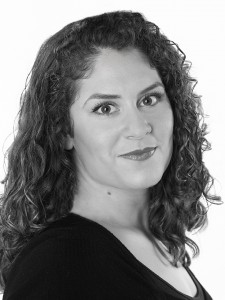 Rachel Kamphausen is a native of Alabama who currently resides in Little Rock. She studied voice under Diane Kesling and graduated from the University of Arkansas at Little Rock with an associate’s degree in 2012. She participated in the National Association of Teachers of Singing (NATS) in the spring of 2011 and won first place in her division.

Some of her previous opera and musical theater credits include Teresa II in 4 Saints in 3 Acts (2011), as one of the Guides in Die Zauberflote (2011), as Hansel in Hansel und Gretel (2012), as Little Red Riding Hood in Into the Woods (2012), and as Rosina singing “Una voce poco fa” in The Christmas Box (2012). She also sang and performed with UA Little Rock’s Chamber Choir, Concert Choir and Community Chorus under the direction of Dr. Bevan Keating.