Carl Orff and the Long Road Back to Carmina Burana

When Carmina Burana was first performed on June 8, 1937 in Frankfurt, Germany, it was so much more successful than all Carl Orff’s previous works that the composer told his publisher to discontinue printing everything else he had written. “It is with Carmina Burana,” Orff flatly stated, “that my collected works begin.” Although this statement was true in one sense — Carmina Burana certainly did stand out from the less well received works of his early career–it was not true in another: this now familiar composition was the product of Orff’s effort to create a new musical idiom through a long search backward to the roots of Western musical culture.

Born in 1895, Carl Orff was first attracted to the avant-garde styles of Claude Debussy and Arnold Schoenberg. But following World War I, he became less interested in experimental tonality than in the rhythmic foundations of musical expression. As a result, the scope of his work widened from “pure” music to music integrated with speech, poetry, and dance. This turn in his career took Orff down two parallel paths. One led in 1924 to his co-founding of the GÃ¼ntherschule in Munich, which combined courses in music with courses in dance and gymnastics and has had a profound influence on music education ever since. The second led to Orff’s arrangement and production of early opera. He was especially drawn to the works of Claudio Monteverdi, mainly because they featured an archaic form of declamation with strong rhythmic stresses that appealed to Orff and remained a hallmark of all his own later compositions. 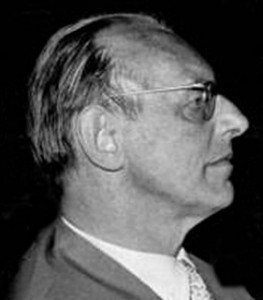 Unfortunately for Orff, his productions of Monteverdi’s operas were poorly received by audiences because they were unaccustomed to the percussive accenting of the libretto. Nevertheless, Orff later recognized that his study of Monteverdi proved “decisive for me inasmuch as I was not primarily concerned with historical transcription and adaptation, but more with the search for the development of my own style on the basis of a master work of a past age.” Orff looked to other early composers for inspiration as well. For example, between 1932 and 1933 he arranged and produced the St. Luke Passion attributed to J. S. Bach. But Orff did not stop at “neo-classicism.” His fascination with “primitive” rhythmic articulations pushed him ever further back in history to works composed before tonality became standardized.

By chance, in 1934 Orff came across a book of medieval poems and dramas in an antiquarian bookstore. Composed, with some musical notations, in medieval Latin, German, and ProvenÃ§al, these works, dating from as early as the eleventh century, had been discovered in the Benediktbeuren monastery in 1803 and published under the title Carmina Burana, or “songs of Beuren,” in 1847. Little is known about their authors, except that most of them were apparently Goliards, that is, university students preparing for the clergy. Notwithstanding their priestly destinations, the Goliards refused to renounce the joys of this world and graphically celebrated the pleasures of wine, women, and song in their raucous verses.

Orff quickly recognized the artistic possibilities of Carmina Burana, especially to a composer of his “primitivist” interests and inclinations. Predictably, what drew Orff to this collection were not the melodies, all of which Orff replaced with his own, but the strongly rhythmic verses, which pointed back to pre-Christian antiquity. Culling twenty-four texts from the two hundred fifty-four in the collection, Orff centered his Carmina Burana around the Roman goddess Fortuna, who had appeared in many of the “songs of Beuren.” Although the Church had tried to Christianize Fortuna during the Middle Ages, she remained a relic of paganism. No matter whether we seek our salvation in lust, drink, and riches, or in prayer, faith, and works of charity, it is her spinning of the wheel of fortune — not the Almighty — that determines all our happy or unhappy destinies. In Carmina Burana, Orff had finally found the perfect occasion to combine in one splendid work the different art forms he had long sought to unite: music, dance, and poetry.

In the years since its debut, Carmina Burana has become one of the most frequently performed works in the repertoire, and its pulsating themes have found their way into countless films, television programs, and even commercials. This may be in part because although Orff intended Carmina Burana to be more than a cantata, he never specified which scenery or choreography it should be combined with, thereby allowing maximum room for artistic creativity on the part of its future producers. But surely its popularity also owes a great deal to the irresistible rhythms that run throughout the work. Just see if you can listen to this magnificent work without ever tapping your feet!